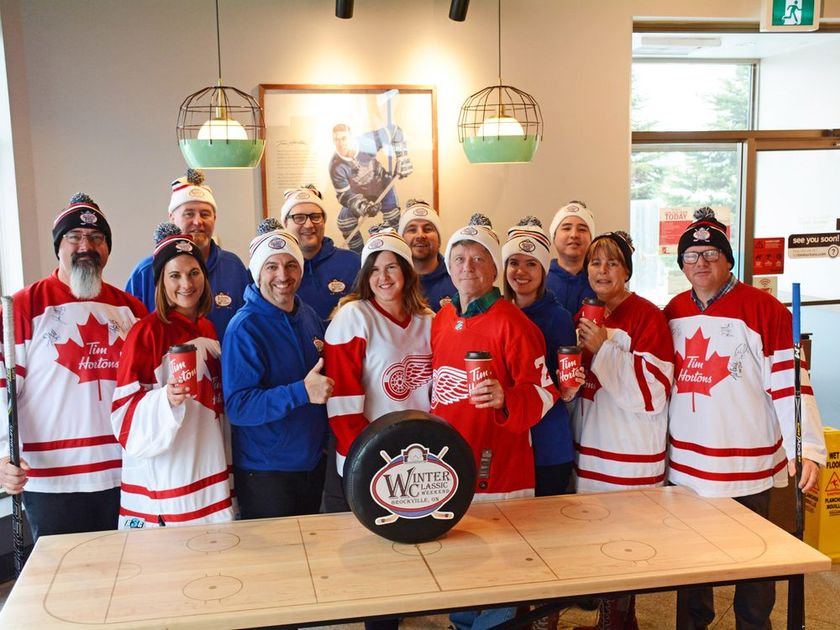 The Heroes of Motown roster has been announced.

Hockey Hall of Famer Chris Chelios headlines the Detroit Red Wings alumni who have agreed to attend the 2020 edition of the Brockville Winter Classic. The annual hockey celebration weekend that raises money for Rotary Park features an exhibition game involving the alumni of an Original Six NHL team as well as the local Tim Hortons all-stars squad. The 2020 game will be held at the Memorial Centre on Sunday, Feb. 16.

Also on the Detroit roster that was announced on Monday are four-time Stanley Cup winner Darren McCarty as well as Todd Bertuzzi, Brad Marsh, Brad May and Brockville-area natives Randy Ladouceur and Todd Gill. Al Iafrate and Wayne Presley will also suit up with the Red Wings alumni; their NHL careers did not include Detroit, but both are from the Detroit area and have appeared at the Winter Classic.

Landing Chelios is “great” for the organizing committee, Severson noted. He will be the fourth Hall of Famer to take part in the Brockville hockey celebration; the others are Guy Carbonneau, Ray Bourque and Denis Savard, who was part of the Chicago alumni who visited the city earlier this year.

“That’s pretty special,” Severson said of being able to bring hockey legends to Brockville and giving local residents an opportunity to meet them.

Chelios won two Stanley Cups during his decade as a player with Detroit. He started his NHL career with Montreal and was part of the cup-winning Canadiens team in 1986. Chelios was traded to Chicago in 1990 and played for the Blackhawks until he was traded to the Red Wings late in the 98/99 season. He retired at the age of 47.

Severson, a Montreal fan, recalled that his sister bought a Chelios jersey when they went to a Canadiens game when they were kids. It’s “awesome” that followers of Montreal, Detroit and Chicago will have a chance to see him in person in February.

Having two local alumni players in Gill and Ladouceur is also a plus for the classic, according to Severson. Ladouceur was with Detroit for three-plus seasons in the early and mid-’80s before going to the Hartford Whalers; Gill played for the Red Wings in the late ’90s and early 2000s near the end of his lengthy pro career.

The Winter Classic includes a hot stove gala with the alumni crew in the Memorial Centre community hall the night before the exhibition game. In addition to general admission tickets to the alumni game, there will also be dressing room passes that provide special access to the former NHL players during the first intermission.

This is the Winter Classic’s sixth year, and the fifth that features an NHL alumni team. Toronto is the remaining original six team; it will be featured in 2021.

The 2019 classic raised $58,000 for Rotary Park. Severson encourages local residents to visit the facility located at the west end of downtown Brockville and see for themselves how far the park enhancement project has progressed.

For tickets and more information about the upcoming hockey celebration, visit brockvillewinterclassic.com.